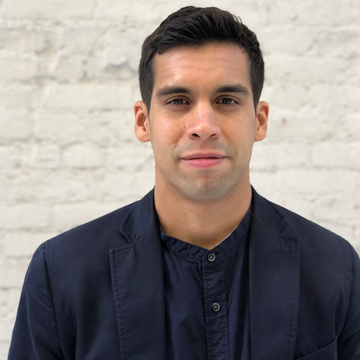 PeaceWorks: So Tom I guess we should start from the beginning and find out a little about your background. Where do you call home back in the States?

TB: Well I originally come from a small town called Cotulla in south Texas, but most recently I had been living in New Mexico [Said with a strong country-western twang].

PW: What is it that drew you to Peace Corps?

TB: Adventure, travel, and the opportunity to help people. I had seen PC fliers around my college campus and it always looked like something I might like. It was after I began working at the Alameda Park Zoo as a Zookeeper that I decided to take a chance and go see the world.

PW: How about your site, Tom? What's it like?

TB: My site is in the town of Azrou, [about an hour to 90 minutes south of Meknes and Fes respectively] in the Middle Atlas Mountains, where ice falls from the sky!! [Laughs all around]

I am working with the DPA out of Azrou.

PW: Yeah, I hear it is quite cold in Azrou ( I try to get Tom to give me one of his world famous Texan sayings that never seem to make quite complete sense).

TB: Hell yeah it's cold! We had snow in early November! Remember, I'm from Texas, not Minnesota (Eyeing me with suspicion; knowing what I'm looking for).

PW: So when you were back in New Mexico and getting ready to come over to Morocco, what did you see yourself doing in the Peace Corps?

TB: Actually I saw myself working in a more under-developed area in terms of resources then Morocco has proven to be.

TB: Yeah, but the idea of seeing such a large personality as myself [Tom is a true Texan- and you know everything is bigger in Texas] sitting on top of a truckload of grains as a "Food Security Agent" just didn't sit very well in my mind's eye. (I had visions of Kenny from the South Park episode when he got shipped to Africa). So I decided to accept the next assignment, which was Morocco.

PW: I guess it all worked out in the end, because didn't Lesotho get mixed up in its own revolution?

TB: I think they did and the Peace Corps got Evac'ed, but it would have been nice to be warm for a while.

PW: What projects have you become involved with so far?

TB: Since my "nedi" [a women's education/artesianal center] idea didn't pan-out, I've been working on a fuel efficiency stove project with women in the area in order to cut down on deforestation. I have been collaborating with two wonderful sitemates, PWEE's Seana Lammers (2nd year) and Megan Myers (1st year). I have also been working on pulmonary disease control for livestock with lime distribution centers.

TB: Just enough to pull your hair out!! But I have also been trying to coordinate a community meeting to address erosion control in the area with two UNDP reps from Azrou.

PW: What has been your biggest challenge while working in all these projects?

TB: Patience. I get frustrated when I work so hard to get everyone together and people miss these appointments. One of the difficulties in working with so many people is getting the logistics of transportation, etc., etc., down pat. And the whole idea of "Inshallah", uh, that is so hard to get used to and can still bother me. There is no visible incentive and it can make situations difficult to motivate people.

TB: I think PC-Morocco should begin to phase itself out and turn the reigns over to the Moroccan government. There are plenty of talented and educated Moroccans to do the jobs that many PCV's are currently involved in. Sometimes it feels as though PC-Morocco has become a crutch for the government to lean on when they have the ability to do it themselves. All they lack is the confidence.

PW: Overall your experience-good, bad, what?

TB: I've learned a lot about myself and Morocco. All these things I will take back with me. It's been real, and it's been fun, but it ain't always been real fun [Laughs].